You will never amount to anything!

That is what my English teacher told me when I was about 12.  I had recently returned to England after a nearly six year stay in the U.S.

For one thing the American language and the English language have a good deal of differences.  So not only did I have difficulty in readying and writing English because of my dyslexia, I also spelled things differently and even used words slightly differently from the rest of the class.

In the 1960’s I don’t think they even knew about dyslexia and even if they did it wasn’t something that was well known to the masses.

How any teacher can say that to a young person is beyond me.  I’d like to be able to show her today how successful I have become.  The biggest problem this comment posed for me over the years was the affect that it has had on my belief system.  It has only been in the last few years that I have released this belief.  Now I believe:

I am going to change the world

My words of advice on this subject:

Always believe in yourself and don’t believe what everyone else says, that is their story not yours.

Here’s to your prosperity, 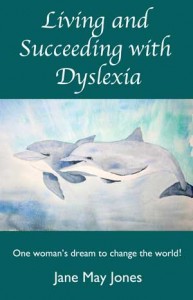 One woman’s dream to change the world!

Listen to this Post
Posted in: Go Forth and Change the World